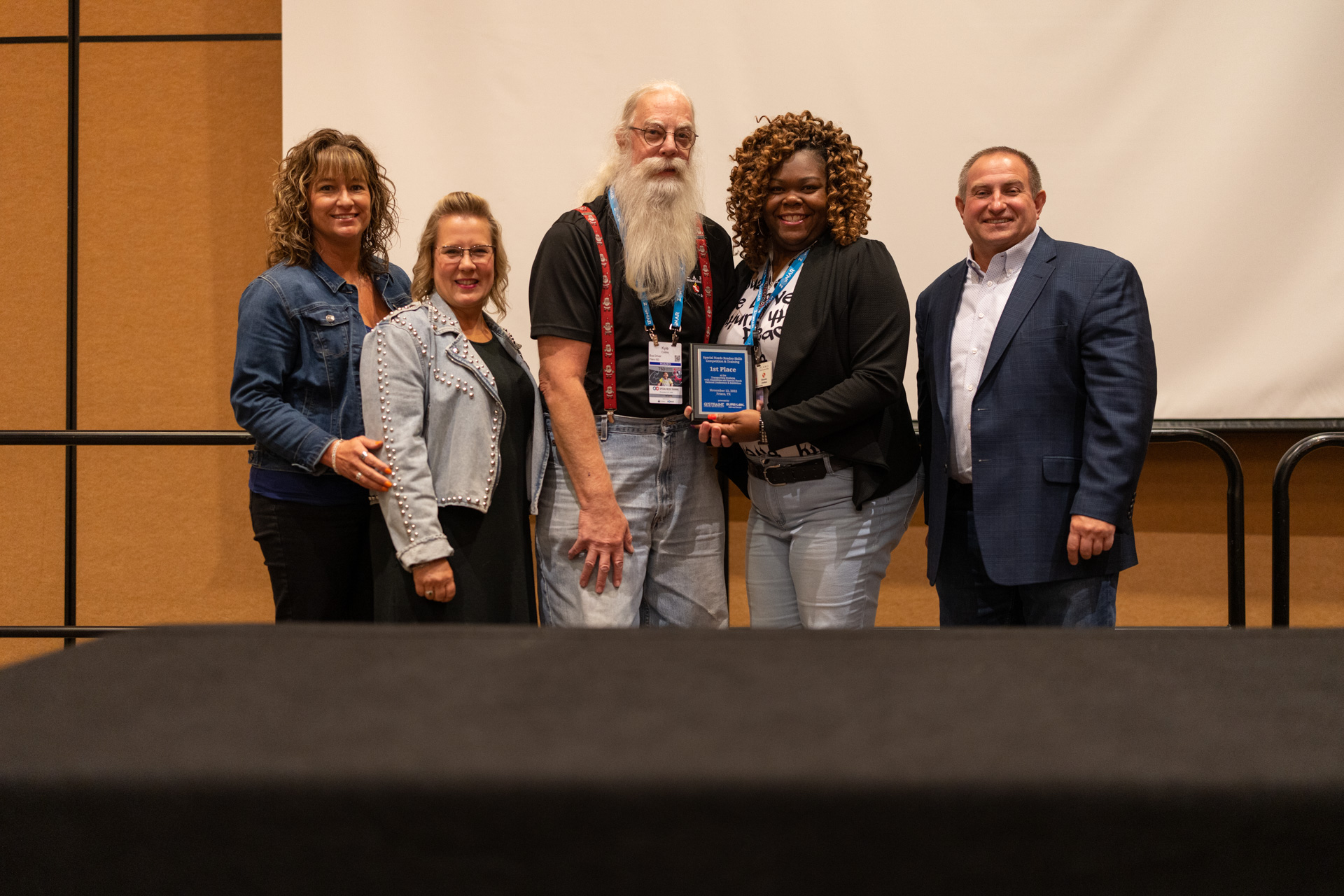 The first place in the special needs roadeo held during the Transporting Students with Disabilities and Special Needs Conference in Frisco, Texas, was awarded to Kyle Collins and Bianka Joshua from Plano (Texas) Independent School District.

Collins has been a school bus driver for five years and is the current third-place contestant in the special education category of this year’s School Bus Safety Roadeo presented by the Texas Association for Pupil Transportation.

In second place were Jennifer Wright and Trisha Thompson from School Transportation Association of Indiana, serving the Tippecanoe School Corporation. Wright has been working in school transportation for 12 years, starting as a general education school bus driver in 2011, and moving to special needs a year later. Wright moved through various positions at various school districts and participated in three State Roadeo competitions, and one National Roadeo competition.

Taking home third place was Marcela Southerland and Carol Moore from Cypress-Fairbanks Independent School District in Texas. Southerland has been with Cy-Fair since January 2008. She is a driver for regular education students and serves as campus and caravan lead for one of the district’s high schools.

The awards were presented following the event during a banquet sponsored by wheelchair securement manufacturers Q’Straint/Sure-Lok.

“Women in Transportation was thrilled to facilitate this Roadeo safety competition once again and the 32-degree Texas morning was accompanied by sunny and blue skies,” Alexandra Robinson, a roadeo organizer with wit. and a TSD Tenured Faculty member, told School Transportation News. “The contestants and volunteer judges came from all across America to compete, learn and laugh and the teams should be so proud of their efforts and excited about their success. It was a great day!”

Teams started on their assigned bus and drove a course that mimicked a school bus route, starting with one passenger on board. The teams had to pick up the rest of the passengers, manage behaviors, and complete the route, which included a railroad crossing.

Next, the teams had to drove an obstacle course consisting of barrels and then reverse and park in to a confined location. The last emergency scenario was a mother attempting to board the school bus to take her child.

The teams were judged based on:

The student passengers were played by adult volunteers, who acted as if they had various disabilities. Actors portrayed a student who was visually impaired and needed an oxygen tank, a hearing-impaired student, and one who had an intellectual disability and reactive attachment disorder. Another passenger on the bus was covered under the McKinney-Vento Homeless Assistance Act.