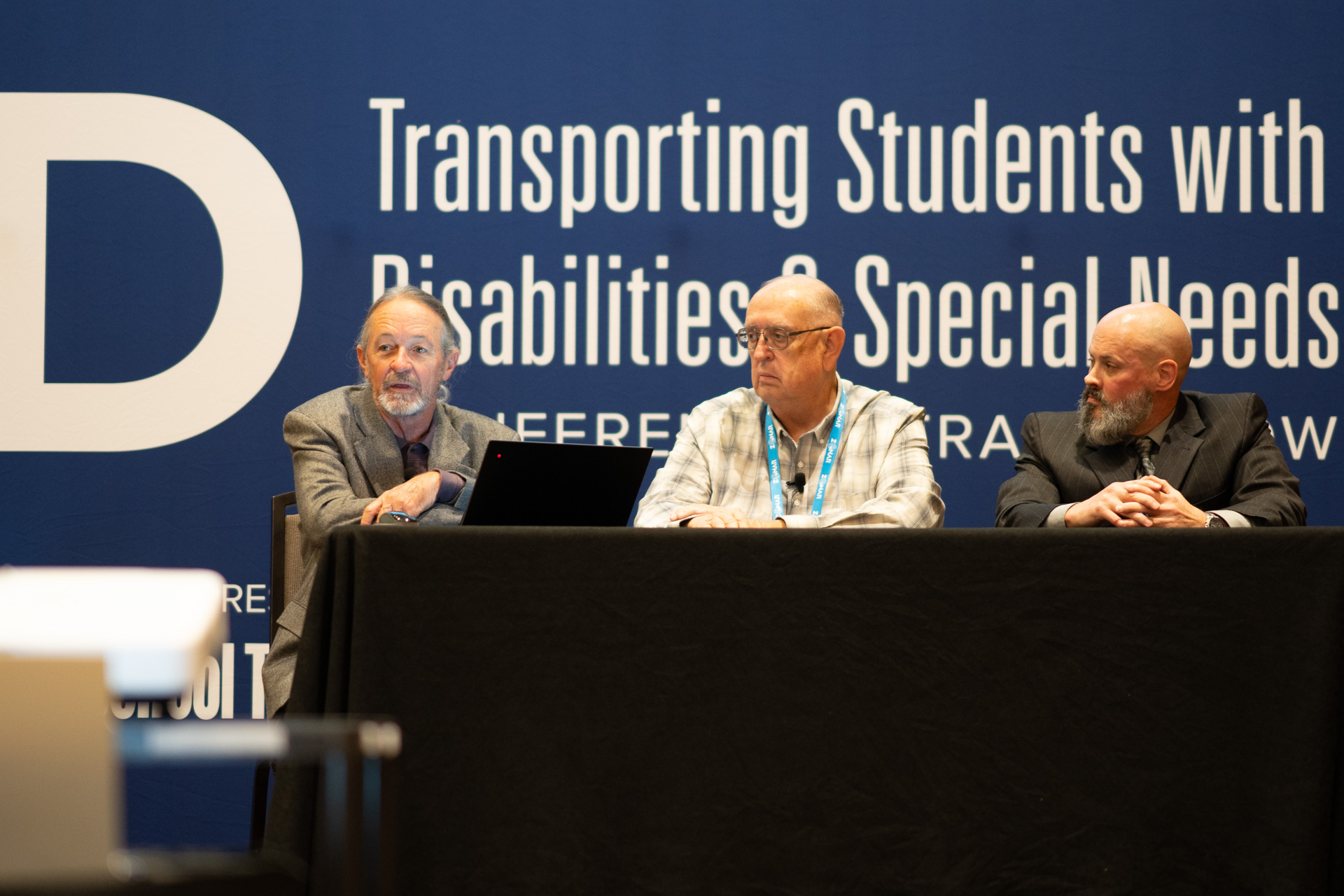 FRISCO, Texas – Student transporters were urged to know the specifics of contracted transportation service provided by third parties during the opening morning of breakout sessions at the Transporting Students with Disabilities and Special Needs National Conference.

The historic school bus driver shortage has caused school districts nationwide to turn to various alternative modes of transportation from the yellow school bus to meet the demand for federally mandated service, notably for students protected by the Individuals with Disabilities Education Act and the McKinney-Vento Homeless Assistance Act.

“School districts are in a bind, especially when you can’t use a school bus and parents can’t provide transportation,” noted panel facilitator Charlie Hood, who retired last year as executive director of the National Association of State Directors of Pupil Transportation Services.

He prefaced the discussion on Wednesday that school buses remain the safest mode of travel to get students to and from school. As such, school district transportation professionals are experienced in providing training, oversight of driver regulations, and inspecting and maintaining school buses.

Jay Thurber, the director of transportation for Wendell School District in Idaho, agreed.

“School buses should be the No. 1 choice. But when not using a school bus, in terms of risk what is the next best option?” he asked the attendees.

And when the service is provided by a third party, who or what provides that same level of daily scrutiny over such issues as driver background, alcohol and drug testing, and vehicle inspections?

Citing legal advice given by TSD Conference Tenured Faculty member Peggy Burns in years past on necessary school district oversight of school bus contractors, panelist Caleb Williams, the assistant director of transportation for College Station Independent School District located southeast of Dallas, noted that ultimately the risk is assumed by the school district. That means school districts cannot wash their hands of the responsibility for reviewing vendor documentation and vehicles being used.

“Don’t do anything you don’t want to sit on the witness stand and try to defend in court,” said Wiliams.

One attendee relayed an incident his school bus company was involved in that resulted in a lawsuit, and the school district customer was the first to be named.

“If school districts think they absolved themselves of risk, they are smoking something,” added Chris Angell, the senior regional safety director for Kobussen Buses in Wisconsin.

Hood, who is also the retired director of transportation for the Florida Department of Education as well as a current member of the TSD Conference Board of Advisors, said school districts have options to help them manage the risks associated with transporting students, even if they don’t have an actual school risk management department to collaborate with. He noted that all districts have insurance companies underwriting their school bus operations, and these same experts should be consulted when considering non-school-bus transportation. This includes the vetting of contracts.

He shared that non-school-bus drivers should be granted rights under the federal Family Educational Rights and Privacy Act, so they are made aware of student information that will impact the ride.

Williams said it is vital to take a team approach when introducing new non-school-bus service. “You want to make sure all the right people are aware,” he suggested, adding that as transportation service strays from the normal, additional stakeholders must be included in the conversation.

Among the non-school-bus options now available to districts, the one that concerns Williams the most is when a parent is being reimbursed to transport their own children, when the school district is unable to provide the related service under the student’s Individualized Education Program. He wondered aloud if the parents have insurance.

Might a district be required to file a federal 1099 tax form to pay the parent as a contractor, he asked. And what happens if a parent’s vehicle breaks down while transporting the student?

When it comes to transporting Head Start students, Thurber noted that federal regulations require all drivers, whether in a school bus or an allowable alternate vehicle, hold commercial driver’s licenses.